lipophilia and storage vs oxidation 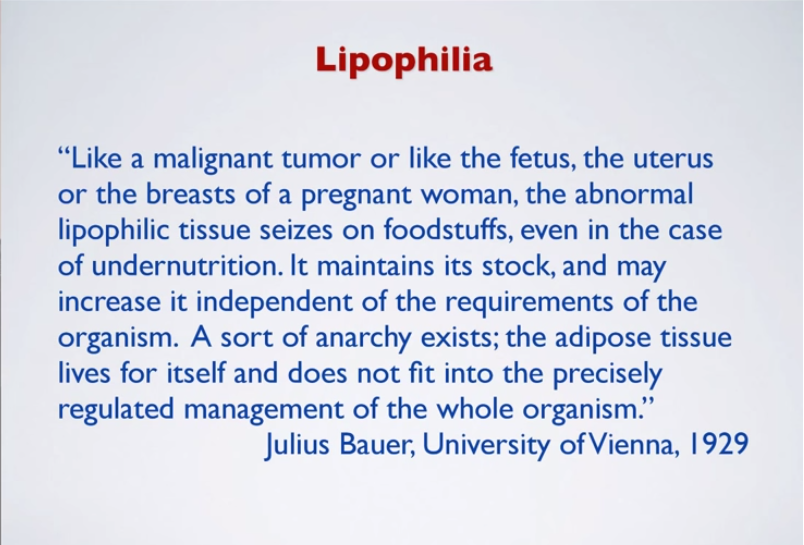 You see this slide in most of Taubes's lectures, and I think what Julius was observing and trying to report can easily be explained by observing what happens when a pre-adipcoyte turns into an adipocyte.

There is a series of papers from the 1970's  looking at what changes are taking place in the conversion of pre to mature adipocyte.

When cells of the established preadipose line 3T3-L1 enter a resting state, they accumulate triglyceride and convert to adipose cells. The adipose conversion is brought about by a large increase in the rate of triglyceride synthesis,

If 3T3-L1 cells incorporate bromodeoxyuridine during growth, triglyceride synthesis does not increase when the cells reach a stationary state, and triglycerides do not accumulate.

As would be expected from their known actions on tissue adipose cells, lipogenic and lipolytic hormones and drugs affect the rate of synthesis and accumulation of triglyceride by 3T3-L1 cells

Glycerophosphate acyltransferase activity rises sharply during the conversion and reaches a level of 80 times higher than that of another 3T3 subline in which practically no adipose conversion takes place (3T3-C2).(link)

There is alot revealing information here, remember this picture? 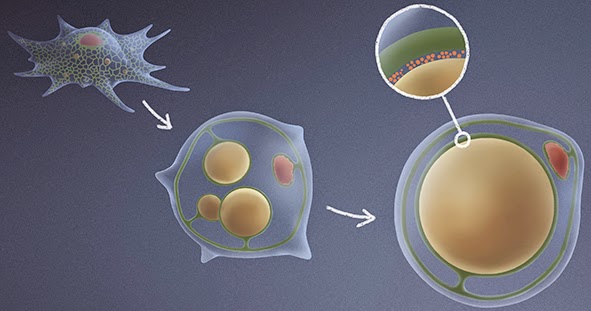 The underlying message here is that, a fat cell accumulates fat because there is a change in the internal mechanics and gene expression of that cell. If calorie availability itself was sufficient to drive increased triglyceride accumulation, how would you explain why pre-adipocytes store virtually no fat?

In the same sense, you have to ask yourself, is calorie availability sufficient to turn a small adipocyte ( thin person ) into a large adipocyte ( fat person ) ? Or does this change also require further increases in the trig synthesis rates of the adipocyte?

If you knockout the ASP receptor ( acylation-stimulating protein receptor ), this reduces trig synthesis in adipose tissue, the mice eat 60% more than controls, but weigh the same.  Also, they do not have increased energy expenditure because oxygen consumption was identical to controls, instead what happened was they had massively increased fat oxidation rates.

In this context, it appears wrong to say "if you dont burn it, you will store it"

but rather it looks like...  "if you dont store it, you will burn it"

Breaking down the Julius Bauer comment above, we have some explanations from what he was trying to describe...

The abnormal lipophilic tissue seizes on foodstuffs -  The foodstuffs flow into the adipocyte, but are seized/trapped due to the aggressive levels of trig synthesis inherent in adipocytes.

even in the case of undernutrition - the drive to store nutrients can override the need for fuel burning and sequester fuels away from oxidation.

it maintains its stock -  as we all know, adipocytes are extremely good at resisting size changes. decreases in adipocyte sizes encourage increased trig synthesis responses.

and may increase it independent of the needs of the organism - hormonal changes that drive increased trig synthesis pathways in adipocytes cause fat growth, whether that fat growth is needed or not is irrelevant.